You're The One That I Want - Giovanna Fletcher 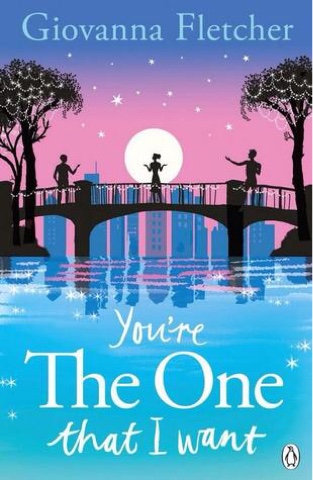 The story begins present day at Maddy and Roberts wedding day where it soon becomes apparent that the bride has feelings for the best man Ben, who she has been friends with since she was very young. You’re straight away presented with Maddy’s dilemma of whether or not she’s walking down the aisle to marry the right man. At first I thought it would just be a case of Maddy having a crush on both men but it is soon discovered that it is a lot more complicated than that. The story flashes back to when the trio are 9 year olds and plays out the story across the years from both Maddy and Ben’s points of view until the age of 26 – Maddy’s wedding day. The story being told from both perspectives worked extremely well, the only negative I can find is that it would’ve been nice to have chapters seeing from Robert’s perspective. I personally found I found myself siding with Ben a lot of the way through due to the fact we aren’t told what Robert is thinking. Despite this his best friends chapter’s involve him in the story just as much as themselves. The only chapters from Robert come in the form of occasional snippets in between chapters which I only discovered to be parts of his wedding speech once I’d read several. I found myself absorbed in the book from an early stage, finding myself dying to know why Maddy ended up walking down the aisle to marry Robert. The characters themselves are quite relatable. Fletcher has created scenarios in the book which are easy to identify with making you have empathy with the three leads throughout. Due to this you share all the same pain and happiness the characters do whilst reading which I always class as a sign of a good book. I enjoyed the book the whole way through until the epilogue. Although it was nice to have closure on the characters, I personally would’ve liked a slightly different ending. Regardless of this I did enjoy being able to see how everyone’s happily ever after panned out and it definitely didn’t spoil the book at all.

You’re The One That I Want is everything that you want from a book. It was a delightful read which I think that would be the perfect book to take for a holiday read. Once again Giovanna Fletcher’s book has left me eager to read more from her and I can’t wait to see more of her books on my selves in the future.

You're The One That I Want - Giovanna Fletcher. Click here to buy from Waterstones