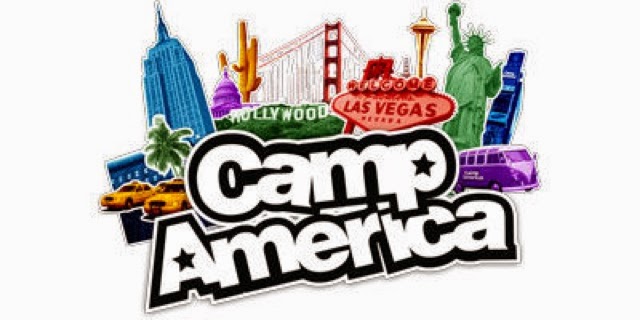 It’s just over 3 years to the day since I went to the London recruitment fair and was placed at a summer camp in New Hampshire. Recently I've been thinking a lot about how still to this day, doing Camp America was the best decision I’ve ever made so I thought other people may find it interesting to read about my experience.

Whilst I was applying to do Camp America I read a lot of blogs about other people’s experiences. Personally as useful as those blogs were I found very few on the campower option which I wanted to do and did ultimately ending up doing. Many companies offer a similar summer camp experience to Camp America but as I knew someone who went with Camp America a few years prior to when I did and had nothing but good things to say about them it seemed the obvious choice for me. The whole application process was straight forward, they made getting the visa simple, I flew Virgin Atlantic both ways, and someone was waiting to meet me at the airport to take me to the hotel they’d booked for us arriving into the States before taking us to the Greyhound bus station the morning after. I’m sure the other companies do the same but from my experience Camp America was fantastic.
From reading blogs, I found that many people chose to be counsellors but I chose to do campower. Campower is basically the support staff of the camp; you could be doing anything from helping cook dinner, to waitressing to cleaning for example. My role on camp was waitressing and housekeeping. Personally, I was 19 at the time and I didn’t feel like I was responsible or experienced enough for a counsellor position and I didn’t want to spend my entire summer living with children so being a member of the support staff team was perfect for me.

I think the first thing I have to say about Camp America, as amazing experience as it is don’t be fooled into thinking it’s just going to be three months of you dossing around in America. It really is hard work. I worked 6 out of 7 days but the advantage of being support staff was that I did have hours in between meal times where I could just chill or do camp activities. I would imagine being a counsellor is even more intense as from what I could tell they didn't get as much free time as I did. My work was especially intense prior and after camp ended due to getting the cabins ready for the children's arrival and  then closing them down again ready for the next year. Camp is like any job, once camp begins you have the same routine day in day out. My day began very early setting up the dining room ready for breakfast then we served breakfast as my camp had family dining style meals . We did a quick clean up of the dining room and set up for the next meal then went to clean our designated area which varied from the dance room or the gym for example, which was the only bit of cleaning we had to do all day. From then we repeated the dining room routine again at lunch and dinner before finishing for the evening. You got time to yourself between meals and evenings but the time we worked was hectic to say the least. I’m not sure if all camps do this but the camp I worked at provided cars so we were able to go into the nearest town and go to Walmart or the cinema after we finished for the evening.

I adore the east coast of America so I couldn’t have been asked to have been placed anywhere better. In hindsight the big advantage of being placed at a recruitment fair is that I was able to chose myself camps that I liked the look and location of rather than waiting for a camp to chose me. Camp was exactly how I imagined an American summer camp to look like, except for the fact it was lacking my long lost American twin but maybe that only happens in films. New Hampshire was somewhere that I probably wouldn’t have chosen to go on holiday but it was perfect to live there. It was full of the most breathtaking places where we were lucky enough to visit on our days off, it wasn't far away from dreamlike beaches and for those who prefer the city, my camp was situated only an hour away from Boston. I loved it so much that I am currently saving money to hopefully be able to move to New Hampshire one day soon, something that I wouldn’t have been inspired to do without attending camp.

For anyone reading this whose thinking of doing of Camp America but isn’t so sure about it, I can highly recommend doing it. 3 years on I find myself still saying the sentence, “this one time when I was at camp...” to people far too often. It has provided me with lifelong memories and friends from around the world who I’m still in contact with today. Although it was very hard work and truthfully at times I did feel like coming home, I would do it again tomorrow if I could. What other summer job can you get that gives you the opportunity to spend three months in America and time to travel after? I’m sure depending on what type of camp you go to and where it is situated in America everyone has different experiences but I’m sure everyone who does Camp America takes away such incredible memories and would recommend doing it.
For more information on Camp America visit the website by clicking here
Posted by Melissa at 16:06