Christmas With Billy And Me - Giovanna Fletcher 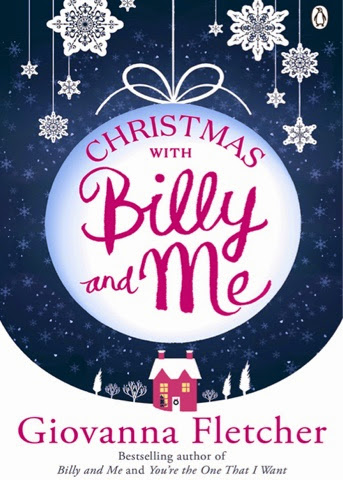 When a conversation about books comes up in my daily life it doesn’t take me long to recommend one of Giovanna Fletcher’s previous two published novels to others. Being a fan of Fletcher’s work, I was thrilled to hear that a short story sequel to her debut novel, Billy and Me was being released entitled Christmas With Billy and Me.
The book continues just a few months later from where Billy and Me left off. The story follows the tales of famous actor Billy, who it is revealed is currently taking a break from acting, and tea shop owner, Sophie. Since taking his break, Billy is living with Sophie in the little village of Rosefont Hill and helping her out with the running of the tea shop which is ideal for the busy Christmas period.
Sophie receives an anonymous email to the tea shop’s email inbox asking if she would mind assisting with a romantic Christmas Eve proposal that would happen in her shop. Sophie can’t resist helping out and you’re left puzzled throughout the book about who the mysterious gentleman is who is proposing. I was hoping that it would be Billy proposing to Sophie which to me would’ve completed their love story perfectly but a few pages in it is quickly revealed that this isn't the case. Billy not being the proposer doesn’t ruin the book at all and I was very happy with whom it turned out to be.
Christmas With Billy and Me was disappointingly short with it being only fifty pages long. I appreciate that it was just a short story novel but I could’ve quite easily read another novel based around Billy and Sophie. However, with it only costing £1.99 for the physical book (which is exclusive to Waterstones stores) and 99p for the eBook you can’t be too disappointed. If you enjoyed Billy and Me I would highly recommend reading this short story. It is heart warming story and I can guarantee you’ll be in the festive mood after reading which makes it perfect to read in the run up to Christmas. Hopefully Fletcher will be writing another book based around the tales of Billy and Sophie in the near future as I know I am itching to read more about them and to see them get their happily ever after.

Christmas With Billy and Me - Giovanna Fletcher. Click here to buy from Waterstones
Posted by Melissa at 12:32