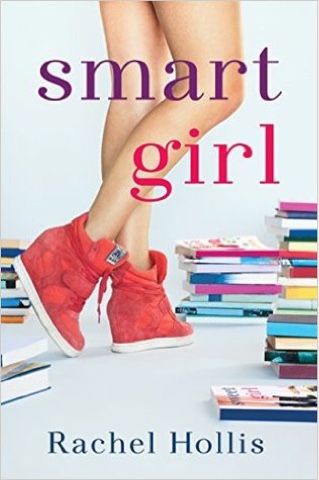 Miko is an unbelievable designer, she’s won so many awards for it yet the thing she is lacking in her life is love like she reads in novels. Except she is in love with her friend Liam, except he doesn’t know that she’s head of heels in love with him. Then one day he discovers that she is a designer and asks for her help in her new project causing their lives to finally intertwine. Miko tries to get his attention by using the advice that she’s learnt from romance novels but is that ultimately going to be enough for her to get her happy ever after?

It's been a while since I read a book which made my stomach tie up so much with knots whilst I was reading. I was so involved with this book that I really didn't want anything bad to happen to Miko's love life or her work life. Smart Girl really manages to drag you into the story and you really start to want the best for Miko.

Liam was a utter twonk at times and you felt like going up to him and telling him to open his eyes and realise what a good thing he'd have with Miko if he committed. However, his reluctance to be exclusive, although frustrating to read made me keep turning the pages to see if he eventually would settle down. Miko on the other hand is clearly a hopeless romantic who tries tips from romance novels she reads to try get Liam's attention. She's hard working and just hopelessly in love with Liam even if he doesn't realise it. I think Miko is a fantastic female lead and although she makes mistakes at times you're constantly routing for her. The sub characters are also fantastic to read about, some books I’ve read they just seem to not add much to the story but in Smart Girl they add with the stories development.

Smart Girl is actually book number three in the series. I went into reading this book without actually knowing that it was part of a series and I don't believe it hindered my enjoyment of the book in the slightest. Each book in the series focuses on a different main character and I think that if you had read the other books you’ll love these characters in this book even more. Having read this now I'm extremely eager to pick up the first two books in the series to read more of the backstories of the sub characters.

Brilliant designer Miko Jin is a hopeless romantic. She’s spent most of her life falling in love over and over again…with the men she finds in the pages of her favorite novels.
When Miko meets Liam Ashton, it’s love at first sight. At least, for her. Sure, the two of them are polar opposites, and yes, he seems to be dating someone new each week. But Miko knows what true love is and that you can’t rush it—after all, what she lacks in real-world experience, she makes up for in book smarts. With novels as her guide, and her best friends by her side, she knows she can get Liam to love her back. But just like any good romance novel, fate has a few plot twists in store.

Will Miko get her own happy ending? Will she find the strength to stand up for what she deserves even if it means breaking her own heart?