It Only Happens In The Movies - Holly Bourne 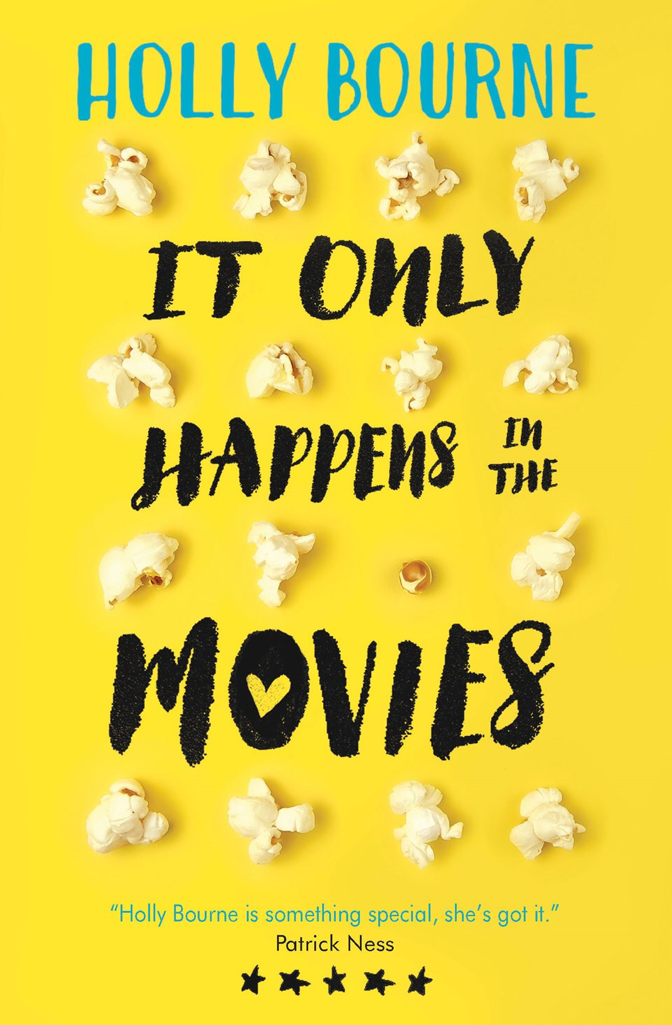 It Only Happens In The Movies tells the story of Audrey. Audrey hasn’t had the best experience of romance, her last relationship ended badly and her parents marriage didn’t end of well either. So now, Audrey hates everything romantic. In order to get some space from her mother, whose taken her marriage breakup particularly badly, she takes a job at a local cinema. It was here she meets Harry, who she finds herself falling in love with and of course the relationship isn’t like in the movie!

When you go into Waterstones (and probably every other bookshop) it doesn’t take you long to find one of Holly Bourne’s books on pride of place on the shelves. I’ve always been intrigued by her books as you really can’t read young adult books without having her name on your radar, I’ve just never picked one up. Then I went to an event in the summer picked up a sampler of this book and I knew the minute it was released I had to download it. Honestly, I expected such great things from this book as I loved the sampler but I’m so sad to say it wasn’t for me.

I think my biggest issue was the stories. I just didn’t like it particularly. I’m a huge fan of the adorably cute romance novels - which from the sampler I thought this was going to be but it wasn’t at all like that. So for me, I think perhaps I bought it expecting one type book and book and got something I wasn’t expecting it to be like. For someone like me who likes the cliche romance novels this book wasn’t really my cup of tea - particularly the ending! Despite everything that happens I just couldn’t believe how the book ended. I do however, like the idea of how the Audrey hates romance and the novel revolves around the the cliches of romance.

Another one of my issues is that (sadly) I couldn’t get on with the characters. I didn’t really get Audrey. I mean she was readable enough but I just wasn’t interested in her story. The same applies to Harry. He was ok, but he does drugs, smokes, sleeps around etc etc etc and for me that made it abit of a rubbish character to read about. I appreciate that actually these two characters are probably much more similar to real life people than most book characters which is great but for me they just were not likeable or particularly enjoyable to read about.

It really does make me sad that I didn’t like this book because people constantly tell me to read Holly Bourne’s novels. I will definitely pick up another of her books as I don’t want to judge on one book and this one was readable, I just didn’t love it. I think if you’re a fan of her previous novels you’re likely to love this one but sadly it just wasn’t my kind of novel.

Bad boys turned good, kisses in the rain, climbing through bedroom windows... It only happens in the movies. When Audrey meets Harry, it’s the start of a truly cinematic romance – or is it? Audrey knows that Harry is every movie cliché rolled into one. But she still chooses to let him into her heart...

Perfect for fans of John Green, It Only Happens in the Movies is a raw, intensely funny takedown of the lies we’re told about relationship